The story of Mixte’s beginning involves me on a bike at an intersection having an existential crisis about cars on roads versus bikes on roads.

There’s more to Mixte’s beginning, a darker side that I don’t acknowledge often, but in today’s world of #metoo and women’s marches, I find new meaning in the deeper story.

“Empower nice companies,” I said. “I won’t work with anyone unless they are making this world better than they found it.”

To my chagrin, Mr. Been Doing This Since Before You Were Born considered his long history of working with men in sports and told me that I would never be successful.

I would never be successful.

Mr. Been Doing This Since Before You Were Born, who in essence was a professional father figure-type to me, told me that I should widen my niche or I would never make any money.

Long have I remembered this as a motivator; I set out to prove the opposite. But this moment crushed me. The young woman who said thank you for the feedback was, in fact, hurting from those words.

That same young woman also refused to believe his words. More than six years later, my company is now called Mixte Communications, Inc. It employs 11 people and has a client roster of nice companies based across the U.S. We specialize in social justice and small business community engagement, and I can happily report that we take care of our employees with paid healthcare programs, 401K matches, generous time-off policies and a company culture based on doing even more good in the world.

Mr. Been Doing This Since Before You Were Born couldn’t have been more wrong. My recent telling of this particular memory gave way to an introspective search for other moments that fueled my drive to be a successful business owner. I landed on three moments that all had one theme in common: a man telling me that I couldn’t.

Three professional, life-shaping moments, in which three, old white men told me on separate occasions that I couldn’t do, achieve, earn, get what I wanted.

The first time, it occurred after I graduated with honors from the University of Oregon, and I moved to Portland to start my PR career. When a local beer maker published a job for communications, and when that ad said, “We are crazy, fun, different, show us how you are, too,” I knew exactly what I needed to do.

I mocked up the front page of The Oregonian as my cover letter and resume, including a hilarious side-bar column about “anti-graduate spray, a new invention for prospective employers to protect themselves from an inundation of recent graduates.”

Funny, right? The lady setting up interviews for Mr. I’m Better Than You thought so, too—she booked me for an interview. When I arrived, Mr. I’m Better Than You said: “I don’t know why you’re here.” Then he looked at lady with whom I corresponded, and said, as if I wasn’t sitting right next to him, “I don’t why I’m talking to her. Why is she here?”

Why is she here? Those words stung more than the bitter aftertaste of hops.

I didn’t grab my pride and walk out of the room. I put on gloves and ponied up for a verbal smack down, highlighted by two moments from that interview. One, Mr. I’m Better Than You told me that there are no jobs in sports marketing, when I answered the question of what’s my dream job. And, two, by the end of the interview, he asked me to be a fly on the wall of his next marketing meeting so that I could analyze what I saw happening. I hated the idea of working for a pompous person, but what is a recent graduate to do? I booked the second meeting. This soul-crushing introduction to the business world left me feeling flat, like an abandoned warm beer, until the next week when I canceled the fly-on-the-wall meeting to start my new job at an agency where I was the lead PR person for Wilson Sporting Goods and DeMarini Bats.

(This moment is only slightly less satisfying than the time six months later when our beer client hosted a walkabout with other breweries in Portland, and I ran into Mr. I’m Better Than You. As I brought a TV station to do an interview with him, I re-introduced myself. It went something like this: “Do you remember me? We sat there for a job interview. You told me that I could never find a job in sports marketing. And do you know what I’m doing now? Running PR for Wilson Sporting Goods, and bringing this media to your competitor. That is your loss.”)

He talked over me.
He interrupted me.
He questioned everything that I did.

It was the single most painful hour of my career. When I finally paused for a break, I exited to a hallway to cry. I was humiliated. I was embarrassed. He succeeded because I hadn’t yet developed tools to handle disruption like him. The only solace the staff could offer was, “We’re sorry. He’s a funder so we thought it was important to give him a chance to participate. We didn’t know he was going to be like that.”

Read that: he had money so we’re letting him be an asshole.

What doesn’t kill us makes us stronger, though, right? That’s something that we tell ourselves to justify unnecessary pain. Mr. I Did Radio So I Know It All simply needed to be told that his money wasn’t a free pass to disrespect others and that his money didn’t magnify the value of his opinions. Instead, he was given nonverbal permission by the meek voices who didn’t stand up to him, forcing me to be the one to find the learning lesson in a volunteer moment when I was simply trying to help.

I didn’t need any of these men to tell me that I couldn’t, or that I’m not good enough, or that I won’t be successful. But I got all of that anyway.

In celebration of this year’s Women-Owned Business Day, and in celebration of all women-owned businesses on all days of the year, I offer a simple thank you to each of you for leading the way, for being my mentors from afar, for making our community better and for being badass business owners, regardless of your genitalia.

Today, we celebrate that we’re successful not because of or in spite of these condescending, demoralizing mansplaining moments, but because we’re smart, creative, and powerful women who have business ideas and the determination, intelligence and savviness to usher those into profitable ventures.

This one’s for you, Miss Earned This Success Because I’m Smart and Talented. 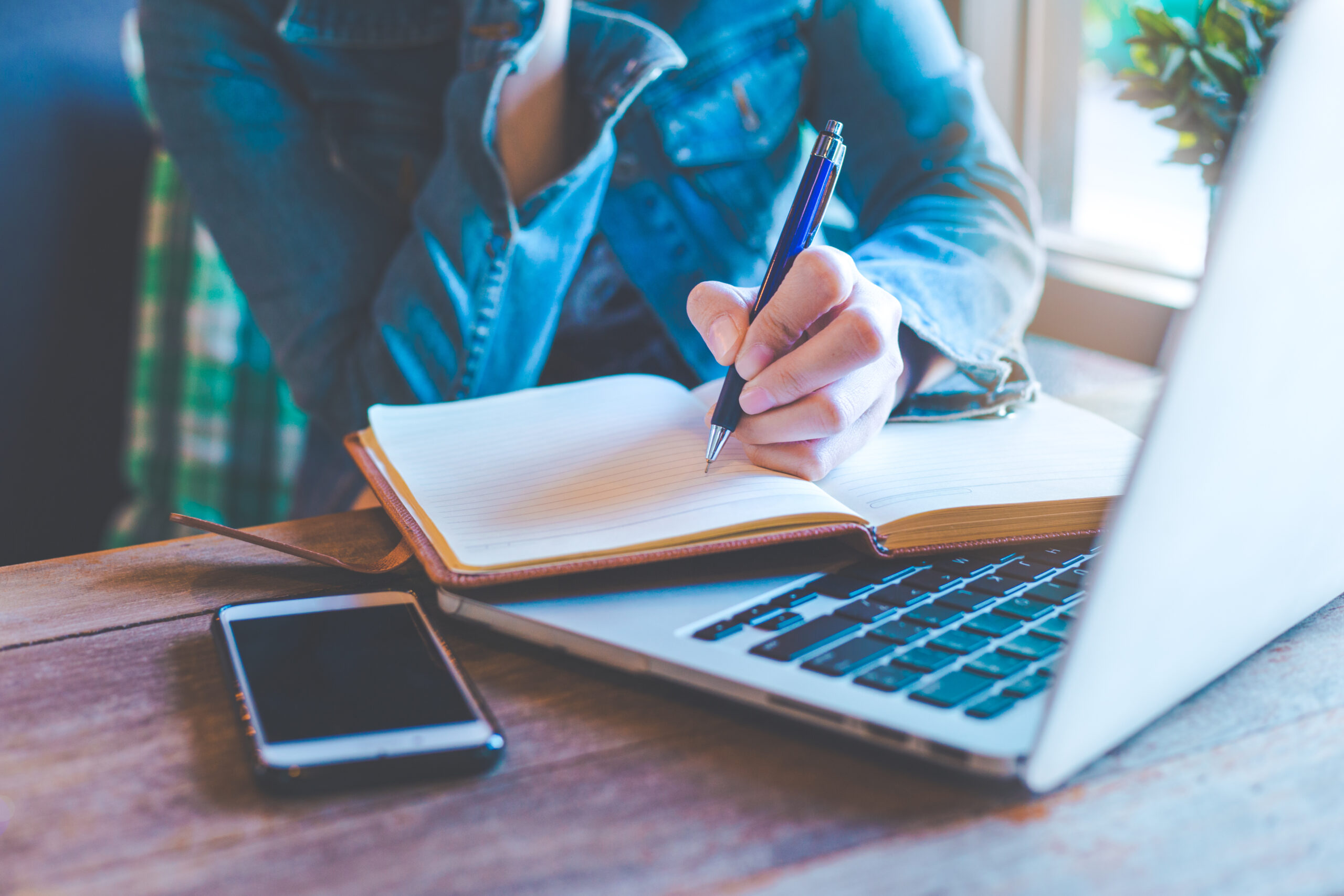 Behind The Scenes: Writing Our Monthly Articles

We live in a world dominated by content. Articles, blogs, essays, reviews, and op-eds on every subject under the sun are part of the 2.5 quintillion bytes—that’s 18 zeroes, BTW—of…