Midterm elections are right around the corner. At Business For Good, we always carefully evaluate proposed local ordinances, measures, and state propositions to support the ones that best align with our four policy action areas and our core values.

BFG has a lot of wins under its belt. Fortunately, many of the policies we’ve fought for were passed into law.

But policymaking can be a messy, drawn-out process. Even if voters pass measures on the ballot—or City and County policymakers approve them—that doesn’t mean it’s all said and done.

Sometimes passed policies are challenged in court. Sometimes their enforcement is delayed. Sometimes it takes years before they actually go into effect.

As 2022 Election Day approaches, we revisit three key measures and ordinances BFG helped pass over the years, explain their barriers to becoming law, and describe the action you can take in the coming weeks to make sure they become official.

The Styrofoam Ban in the City of San Diego

Helping to pass the City of San Diego’s ban on styrofoam products used in restaurants—officially known as the Polystyrene Foam and Single Use Plastics Ordinance—is a real feather in our cap.

Business For Good co-founders Karim Bouris and Mikey Knab went to bat for the styrofoam ban in 2018, shortly after BFG was founded. It’s one of our organization’s very first crucial wins.

But you’ve probably noticed that lots of restaurants in the City of San Diego are still using styrofoam, particularly for takeaway cups and food containers. What gives? Let’s take a closer look at where the legislation stands.

What the ordinance does: Bans the purchase and use of polystyrene (styrofoam) products by restaurants in the City of San Diego. It also requires that single-use plastic utensils and drinking straws only be distributed for take-out orders of prepared food upon request by the person ordering the food.

When it was passed: January 2019, by the City Council

The background: By 2018, over 100 cities in California had implemented some type of ban on the purchase and use of styrofoam and/or single-use plastics for restaurants. The Surfrider Foundation approached the City of San Diego in 2018 to find out how San Diego could implement a similar law.

Styrofoam has countless negative impacts on the environment:

Brian Elliott, the current Deputy Policy Director for San Diego Councilmember Joe LaCava, was heavily involved in the drafting and passing of the styrofoam ban.

In 2018, Brian worked for then-Councilmember Chris Ward, who led the styrofoam ban through the City’s Rules Committee.

Throughout this process, Brian also collaborated regularly with Karim and Mikey to understand how the proposed legislation might financially impact local business owners and how the city could mitigate any potential harm or barriers.

“The city wanted to make sure that the styrofoam ban was not punitive in nature,” Brian said. “The goal has always been to help educate local businesses on environmentally friendly alternatives to styrofoam, many of which cost roughly the same.”

Karim and Mikey played a significant role in helping the city compile data and resources that helped Chris Ward and other city officials draft the proposed legislation.

But the two also did a ton of on-the-ground outreach work with local San Diego restaurants to help them learn how to ditch styrofoam and replace it with affordable, sustainable options.

“Karim and Mikey volunteered so much of their time throughout this process,” Brian said. “They let us know that if a business says they absolutely cannot make the transition away from styrofoam because it’s too expensive, Mikey and Karim would work one-on-one with that business to help them cut costs elsewhere so they could afford the switch.”

If it passed, why isn’t the ordinance in effect now?: After the ban passed, The California Restaurant Association (CRA) and Dart Container Corporation (styrofoam manufacturers) sued the City of San Diego for noncompliance with California’s CEQA Act.

Their filing argued that the ordinance must first undergo an Environmental Impact Analysis (EIA) to prove that styrofoam is harmful to the environment before banning it. That analysis took three years to complete.

The Environmental Impact Report (EIR) is now finished. And as expected, it was determined that styrofoam negatively impacts the environment.

CTA for BFG members: The revised styrofoam ban will be introduced and voted on by the City’s Environmental Committee at a public hearing THIS Thursday, October 27th at 1:00pm PT. All BFG members are encouraged to help finally implement this important ordinance by submitting comments ahead of time or attending the hearing either virtually or in person!

The November 2020 election was a nail-biter for countless reasons. One was the prospect of getting the long-overdue Measure E passed.

Decades of stunted residential and commercial development have clouded San Diego’s Midway District due to a 1972 local proposition that imposed a 30-foot height restriction on buildings there. Proponents claimed that buildings taller than 30 feet would block their coastal view as well as coastal access (read: NIMBYism).

What the measure does: Repeals the 30-foot height limit on buildings only in the Midway District. This makes it possible to build more dense, affordable housing in the form of condos and townhomes for middle-income San Diego individuals and families.

When it passed: November 2020, by voters on the ballot

The background: BFG took a deep dive into the history and benefits of passing Measure E in our 2020 article. But here is an overview of why BFG wholeheartedly supports the measure:

If it passed, why isn’t the measure in effect now?: Similar to the styrofoam ban ordinance, opponents of Measure E sued the City of San Diego soon after it was passed, claiming the city did not first undergo a proper environmental review of the measure’s potential impacts.

CTA for BFG members: The measure is now back on the ballot for 2022, this time listed as Measure C. All BFG members are encouraged to help finally implement this vital measure by voting YES on Measure C in November!

Up until 2017, it was illegal for City of San Diego businesses to pay a third party to haul away their organic waste to composting sites rather than landfills.

BFG helped change that in 2017 by convincing the city to implement a carve-out for at least a small amount of organic waste to be hauled away from local businesses.

What the municipality code change did: Allowed businesses to pay third parties to haul away at least some of their organic waste to be composted, diverting it away from landfills where it would rot and add to harmful methane emission levels.

If it passed, why isn’t the municipal code in effect now?

“Unfortunately, the two small haulers that existed for organic waste in the City of San Diego while BFG was doing the advocacy both closed after the law was changed,” said Mikey Knab, BFG co-founder and Board of Directors Chair. “They simply weren’t making enough money hauling away these smaller loads to keep their businesses afloat.”

The good news is, the state of California passed SB 1383 into law in January 2022. The law mandates that municipalities must institute organic waste hauling and source separation. San Diego now has no choice but to implement widespread commercial composting.

“This is a prime example of local leaders falling behind state elected officials, and the state having to lead from Sacramento on a policy we knew we needed and had been working on for years,” Mikey said.

Them’s the breaks sometimes, as the saying goes.

But as Business For Good continues to grow and strengthen as an organization, so does our power and influence. Our collective voice of values-led local businesses helps make sure San Diego leaders continue to do just that: lead us into the equitable, sustainable future our region deserves.

To learn more about the measures and propositions on the November ballot that BFG supports, watch the recording of this month’s general member meeting. 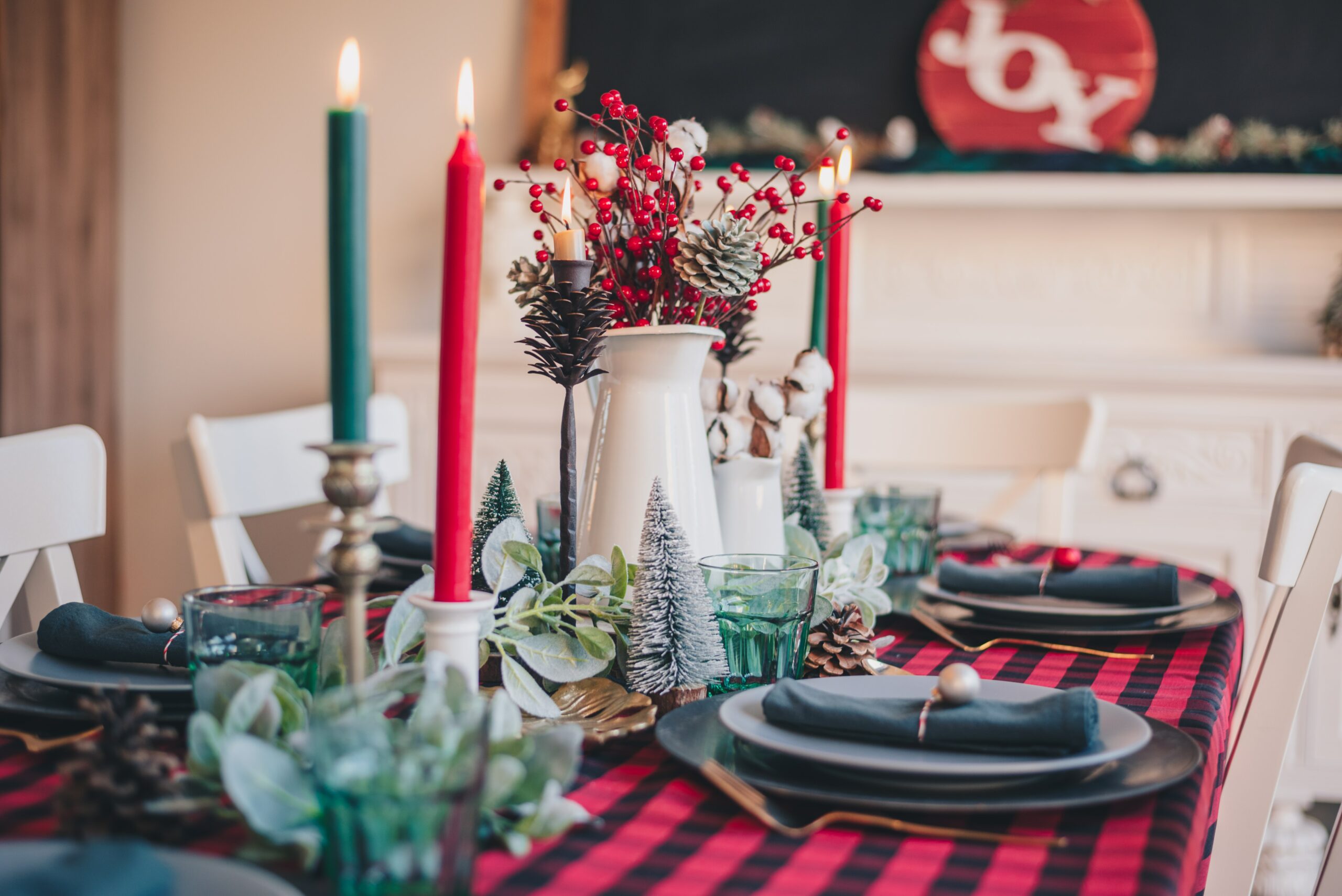